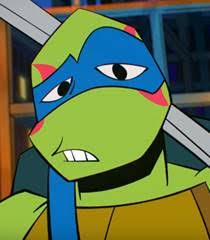 Leonard Fournette
Leonard has yet to prove himself with your 2nd round pick in the draft. It’s difficult to sit someone with that kind of value and potential but against the Titans who held Mack to 2.5 YPC in week 2. If you have the option to sit this man, do it.


Phillip Lindsay
Philip hasn’t proved that he can muscle carries away from Royce and this split backfield is not one to play with now. The Phillip of last season is not here to stay.

Damien Williams
Another split backfield, another headache. McCoy will get the touches and we know it is difficult to sit a running back that you drafted in the 2nd round, but this is the time to do it!

Mark Ingram
Ingram has been productive thus far this season. He has been able to break off some nice runs which have helped his fantasy production. As this passing attack keeps pace, we will see Ingram struggle with his 3.6 YPC. Ingram has not had to handle a backfield to himself since 2016. We expect to see him need more from Gus Edwards and Justice Hill as Ingram is on the older side for a running back. The Chiefs have a rebuilt DEF but they will look to stop him up. 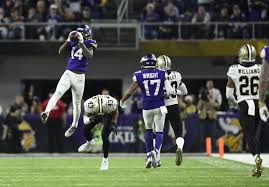 Stefon Diggs
This one hurts. Drafting a guy in the 2nd-3rd round and by the 3rd week you are looking for other options. In the offseason, a lot of fantasy
guys were saying this is the year he takes over. The young miracle man has yet to show any ounce of supernatural. The offense now runs through Dalvin Cook. For the foreseeable future, this won’t change.


Brandin Cooks
This man has been hard to trust for those of us that got him in the 3rd-4th rounds this season. On top of trailing in targets(10) to both Kupp(19) and Woods(15), we don’t see that changing against a top-level pass defense in Cleveland. Cooks will be hampered once again, hopefully Week 4 will treat him and Goff well.

Devonta Freeman
This guy has worked to shake the rust in these two weeks. We should see him come out week 3 and show who he really is against the Colts in Week 3. Do not panic with this guy. We are holding him for now and firing him up this week. The Falcons will need to rely on him in IND as they hope you jump out early with their weapons in the passing game. 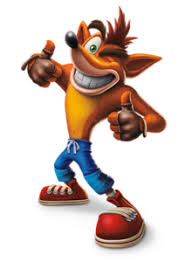 Sony Michel
Michel showed up in week 2. This is a performance that’ll be close to his expected output.  The Patriots going up against another woeful AFC east opponent this week. The Jets could not stop Chubb in Week 2, Sony will get carries once again at home as the Patriots look to destroy the Jets.

David Montgomery
Earning more touches and proving to Nagy that he deserves them in Week 2. Montgomery will produce on a steady basis this season with this amount of carries. Mont is towards the top when it comes to rookie potential amongst young RBs. Going from 6 carries to 18 in one week shows Nagy wants to get him the ball in Washington.

Marquise "Hollywood" Brown
Initially, he was a boom/bust option in Week 2. He has shown himself to be consistent as one of Lamar’s top targets in this short season. Start him, if you need upside or you are just thin at WR.


Emmanuel Sanders
This one is one of the more obvious ones as Flacco found him for 11 REC on 13 TAR this week. Look for Emmanuel to get his targets against the Packers this week as they will have to try to keep up with Rodgers, Adams, and Aaron Jones.
Sanders is the guy in DEN.

CONTRIBUTORS
@Its_Just_TrevC: “Royce Freeman or Miles Sanders” (Week 3)
We are looking at two RBs with high potential coming into week 3.
Royce has shown to be productive enough to take more control of the backfield in week 3 and beyond. The defense he is facing in GB is a formidable one with their new DL(Smiths) and secondary(Amos, Savage)
Miles Sanders and Royce have each gained around 10 carries each game and the game script will orchestrate what we will see from Sanders specifically. The Eagles have lost both of their starting wide receivers(Alshon Jeffery and Desean Jackson) which could either mean they will have to chuck the ball consistently or hopefully gain control of the game early on against the Lions and lean on Sanders
Royce and the Broncos will be facing one of the best teams in the league right now in the Packers. We should see the need to air it out thus causing us to lean on Sanders which could find himself in a maintained game that could be whoever manages possession time wins.

@Sampz_541:  “Is kamara for Chubb a fair trade?” (ROS)
Kamara and the Saints have lost Brees until what looks like Week 10. This will affect the production of a running back who is one of the most skilled in the league. We should see while Teddy Bridgewater, with potentially Hill, taking over leaning on Alvin and Michael Thomas as their playmakers. His ceiling is not disturbed by this move.
Chubb last night was impressive which will be an example of what he will produce every week. He has the upside as a top 5 RB in this high powered offense with weapons galore.
Kamara will remain a solid top 5 option ROS and Chubb have that potential. Is this a fair trade, yes if the person getting him sees his potential as locked down, Kamara has nothing to prove and will remain the STUD that he is.

@SageGold_: “Hollywood Brown or Juju” (Week 3)
This is a question that no one saw coming while we entered this season. We were high on Hollywood(Marquise Brown) coming into the season but nowhere near where JuJu’s floor was.
JuJu moving into midseason without Big Ben and onto the unknown. It could be difficult to trust anyone, including JuJu. The bright side is that Rudolph and JuJu showed chemistry right away with a deep pass for 45 yards in the third quarter. Rudolph will look to rely on his playmaker as well as his big target up the middle in Vance McDonald.
Marquise Brown is a start for us this week proving himself as a pivotal piece of this rolling offense captained by Lamar Jackson. We are on the earlier side to trust a rookie WR but he has earned it.
JuJu will be a start between the two. There could be other WRs that we would start over him as a high-end WR2, where Hollywood remains in the upside WR3 tier for us.

@GauleGary: "Flex start Singletary, Jacobs, or McLaurin. WR Jones, Gordon, or Samuel?"
Curtis Samuel has the highest floor and greatest upside of the bunch.
McLaurin is proving to be a viable flex option week to week as well, we would like to see more of him before we are totally confident to put him there.
With Singletary dealing with hamstring issues and well as Jacobs banged up on the road. We wouldn't start them this week. Hold them and see what the injury updates say. Singletary dealing with soft tissue issues and Jacobs could see a cut back of work due to being beaten up through 2 weeks.
Josh Gordon could continue to be lost on this offensive juggernaut, in the Patriots.
Samuel and then McLaurin

The Bears coming into this season had high hopes fantasy-wise. Last season these were the juggernauts on DEF. They find themselves with two weeks of a total of 14 points with opponents Green Bay and Denver. They show up with their pass rush and cause less poised QBs into mistakes, and challenging even veteran guys into mistakes. Hopefully, as the season goes on they will get the turnovers needed to be a top DEF
The Pats are never a shock when it comes to the offensive side of the ball. This can distract from the fact that they also put formidable defenses out there year in year out. They have shown extremely impressive against the Steelers and of course the Dolphins. This defense will garner attention when talking about top DEFs since they play in the AFC East.
Vikings were not able to pressure Aaron Rodgers into INT with a couple that could've gone they're way. We see them as a must-start option as they are high flying.

Abilities to cause turnovers and sacks all bring great options to your fantasy teams.
1. Patriots, even aside from them torching the Dolphins.
2. Vikings have a forgiving schedule, although not as much as NE, with only PHI, KC, DAL and GB in fantasy playoffs as the top offenses they will face.
3. Bears have it a bit more rough but should put up consistent numbers, with MIN, NO(Teddy), LAC, PHI, LAR, and KC in week 16.

Mack continues to be a top tier RB. This was displayed by his performance in week 1. He will have his off weeks just like any RB in the league. The options you have on your bench for this flex spot are realistically Allen Robinson and John Ross II, with maybe Mostert later in the season.

Robinson hasn't created enough this year to be considered a start. Hopefully, Trubisky will target his big weapon more often.

John Ross III is your best option off the bench. He has proved himself as the WR1 in CIN and that doesn look to stop until AJ Green gets back. If you need the upside Ross can give you that although Mack's consistency shouldn't be shaken by his struggle in Week 2.

@TRyan45320: "Alright well I got one of the two players I was going after. So my issue is who should I play at QB, Carr or Minshew? Carr let’s me down a lot so don’t know who I should trust more him or minshew."

Minshew is stable with his weapons. But will struggle on Thursday. Carr won't give you enough again this week and definitely not on a weekly basis, he is droppable.
Between the two Minshew.

@thebarrydogg: “Engram at TB or Andrews at KC”
This is a fantasy player’s dream. Do I play the highest scoring TE in two weeks(Andrews) or the second-highest scoring(Engram)? What a conundrum!
Flip a coin, my dude!

P.S. @thebarrydogg is one of our first supporters! His roster is nuts, obviously. 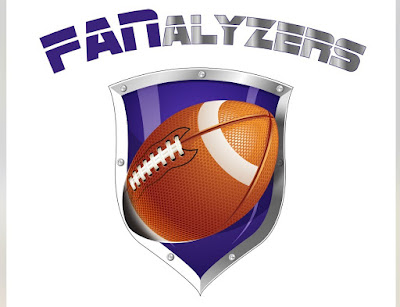 Any further questions on start/sit or trade potentials keep us posted!
Catch us at FANalyzers
Posted by Fantasy Analyzers at 6:44 PM