QB JACOBY BRISSETT vs OAK
Brissett has taken full reigns of this offense and we expect to see it displayed more this weekend. Jacoby’s floor fantasy production is comforting AND we have yet to see his ceiling. We can see that this weekend. Stream this guy if you don’t have a top 5 option. 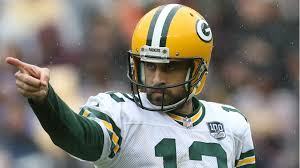 Rodgers has been disappointing especially to those that drafted him (The trade market is abysmal for
him as well.) Rodgers is going up against a PHI DEF this week that has yet to stop a QB, with only a total of 2 sacks on the season. We are looking forward to Rodgers having some fun this Thursday.

QB PHILIP RIVERS at MIA
Rivers gets to take a vacation in Miami in Week 4 and I look forward to him lighting it up. Rivers has been a viable starter, thus far, with one bad game in DET with a total of 11.92 points. I expect him this week to give you 22 or more points for your team going up against the Dolphins who seem to always take a day off on Sunday, as well as player begging to be traded. No one wants to be on this team.

RB DEVONTA FREEMAN
Freeman has been another guy that has disappointed with his best fantasy production coming against the Colts last week with 12.5 points. Against a middling TEN defense this week he will have the opportunity to remind fantasy players who he is. He will take that 5.5 YPC from week 3 and show what he’s got and build off it.

RB JOE MIXON
Mixon is getting his footing this early season. This is the time that he will get close to the production you expected. His offensive line doesn’t do him any favors, but this PIT offensive won’t put up much numbers and their defense won’t be able to stop Mixon as they ride this game out. 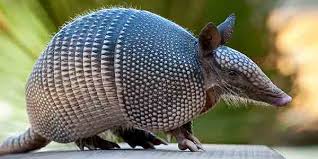 RB JAMES CONNER
Conner has been a huge letdown. We are expecting Mixon and Conner to duke it out in this one and both will give you starting RB numbers. Cincinnati’s defense is not one to write home about and Conner will have a breakout game, as both teams look to rely on their run games.

WR D.J. CHARK
Chark continues to be one of the most reliable wide receivers in the game. Minshew loves him and his nose for the endzone brings him into WR2 discussion. We do not expect that to change against an overrated DEF in Denver. FIRE HIM UP!

WR KENNY GOLLADAY
Golladay had an off-game last week. This is not a trend, Golladay will come back to shipshape form and create on the fly against this Chiefs DEF. Stafford will find Golladay and we expect at least one big play from them as the Lions try to keep up with this KC offense. Don’t lose trust.

WR CHRISTIAN KIRK
Kirk has yet to be targeted less than 8 times in a game with two games of 12 targets. Kyler loves to hook up with Kirk and that will not end in Seattle. This should be a battle from the get-go, which will give Kirk plenty of opportunities.

TE WILL DISSLY
Dissly is a fun start this week. He has sneakily made his way into top 12 TE consideration. His targets have climbed since the beginning of the season, which looks great for those that picked him up. His target total is encouraging for this big target of Russell Wilson. The more Wilson leans on Dissly the more value he will retain in fantasy. Expect Dissly to get at least a couple of those targets in the endzone.

TE AUSTIN HOOPER
Hooper has been a great receiver for Matt Ryan, so far, averaging at least 8.5 YPC per game. We saw his floor in week two, with 7.4 points, this is great for a lower-end TE and something that’ll make you comfortable starting him up this week with TD potential. 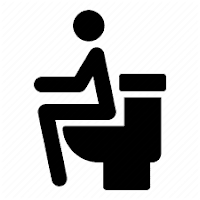 QB CARSON WENTZ
Wentz, after 3 weeks, has been consistent but remains a borderline option. If you have someone to start over him this week, DO IT! The Packers, with their pass rush and secondary, won’t be a good look for Wentz. If you have someone in our START section or even a decent streaming option, we would shoot for them. Offensive lines do not do well on Thursday. This Packer’s pass rush (including Preston Smith who won NFC player of the week last week with 3 sacks) will continually pressure Wentz on TNF. STAY AWAY! 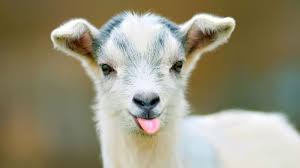 Brady has been stellar, although he hasn’t faced this BUF defense. Brady’s weapons have taken a hit
with losing AB and Edelman nursing an injury. Brady will look to utilize what’s left (like he always does) but it will not translate into fantasy upside. We should see the Patriots leaning more on the backfield in this one. Divert!

QB BAKER MAYFIELD
Mayfield struggled Monday Night. The Browns came into this season with high hopes and swag. This confidence has diminished and we do not want to be a part of this ride.

RB DAVID MONTGOMERY
Montgomery’s ability to break tackles and create extra yards is what keeps his trade value so high. His play-callers are exactly what tempers our expectations. We will not be relying on him this week and moving forward unless he begins to get at least 15 touches per game.

WR SAMMY WATKINS
Watkins got you all the points you need, on your bench, week 1. This was an anomaly; he has spent the last two weeks reminding you who he is. Mecole and Robison are getting the targets without Hill there and we will see this continue. If you need a desperate dart throw this week go ahead. He has a highly risky upside but we advise against starting him.

WR STEFON DIGGS
Diggs needs to sit, for now (and into the coming weeks) unless Kirk starts opening his eye to his WR. 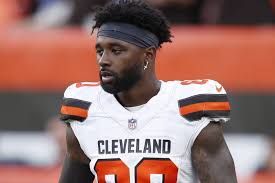 WR JARVIS LANDRY
Landry has been somewhat of the odd man out, even with Njoku sidelined with an injury. Baker’s
performance hasn’t done Landry’s fantasy hopes any good and Landry having his best friend Odell on the other side takes away a lot of the upside we have come to rely on in Landry.

TE ZACH ERTZ
Ertz is not himself. I am stacking his QB with Zach. He has not been able to produce, even with Alshon and Desean out. Alshon looks to get back this Thursday that doesn’t help Zach against this Packers DEF. I understand that a lot of you only have him as an option otherwise if you picked Andrews, Waller, Walker, or even Dissly for a backup, put them out there instead.

TE O.J. HOWARD
Howard finds himself to a very risky option. This all depends on depth, if you picked up any of the guys listed under Ertz, you’ll start them. If Howard is your only option, you’ll have to ride the wave.

Posted by Fantasy Analyzers at 3:25 PM