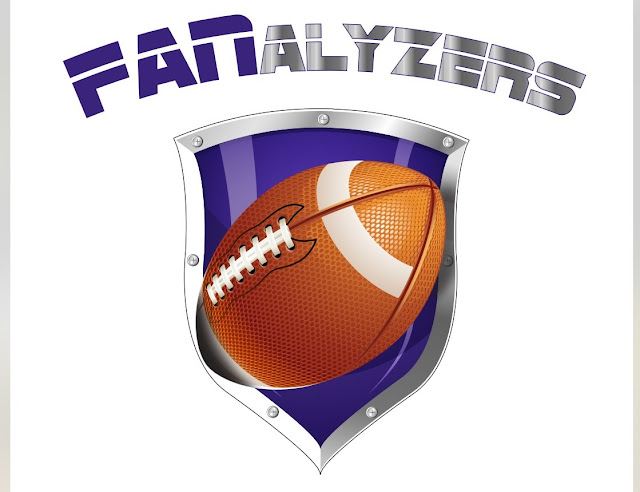 First Week waivers are here! We have seen one week of football and we are jumping around. This season should bring us shockers as well as duds that we weren't expecting as a fantasy community. We plan on being as prepared and well studied as possible to bring you a weekly column that'll help you adjust your rosters every week to bring the best into each week. Keep in mind while you read that we do not want you dropping top level guys that had a rough week. We encourage you to assess your roster by need and by guys you CAN drop, not guys who your seriously under valuing and on a whim drop them for a boom/bust guy on the waivers.

In this article we assess each of these guys on a standard of how consistent they will be and what the ceiling looks like for each. We aren't here to make your decisions for you, we are here to educate you on the options so that you can make the right move. 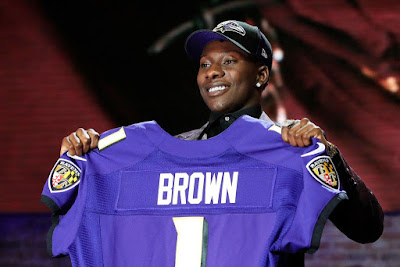 WR Marquise "Hollywood" Brown
Hollywood Brown has exploded on the scene bringing one of the top scoring games Week 1. Coming out of college he showed off his breakaway speed and plays in the open field. We saw all of that and more out of him this week. Our expectations are that the Ravens have fully embedded him in what they want to do this season on offense. Although, the running game got started first play with a 50 yard rush by Mark Ingram which helped the Ravens have space to chuck the ball around. Will Lamar Jackson keep up pace against Arizona this week or will we see him having to tame it down and rely on his 3 RBs? Only time will tell, for now Brown with only 5 receptions in this one can bring a huge ceiling when he has receives more of the target share. 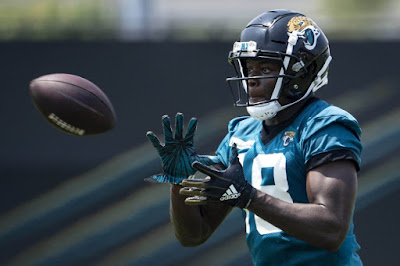 WR Chris Conley
Conley entered the league in 2015 with the Chiefs and spent the next 3 seasons there. This is his first season with the Jacksonville Jaguars. He came out to show the Chiefs what he can do when he is used properly. The Jaguars' game plan in this one was spread the ball out early on. While forcing the ball to Dede through the game, Conley and Chark made the most of their targets. Chark also showed a great deal of awareness and ability all the while Conley lead the team in receptions, due to Minshew coming in for an injured Nick Foles. We saw Minshew rely on Conley to get the ball out on underneath routes and chunk yardage plays. Conley looks to be a piece of this offense, especially as Minshew starts at QB. In PPR, Conley will be the good add this week, while Chark seems to be more a big play guy with boom/bust tendencies, better in STD scoring.

WR Terry McLaurin shows promise as a third round pick by the Washington Redskins. He gained 125 yards on only 5 receptions. Following the two guys on this list for a reason. We do not know how much Case Keenum will actually target him on a week-to-week basis and will consider him a fringe stash if you have the space for a rookie WR with a nice ceiling.

WR John Ross III
With A.J. gone Ross slides in as the #2 WR in CIN with Tyler Boyd as the #1 big frame guy. Ross will show off his speed when he is let loose, hopefully he can also get slant targets up the middle to see how he does after the catch.He is the type of player that got the Red Rifle going in this one and if this WR/QB chemistry grows we should see WR2 production with potential WR1 ceiling.

Danny Amendola
Danny got 13 targets and turn that into 7 receptions, 104 yds and a TD. This level of targets with only catching just over 50% is not a great look. If he can continue to have Stafford to target him he will hold value. If you need a WR to give you those PPR points Amendola can be an option after the WR listed above, although we dont see that target share to remain with Golladay, Jones, and Hockenson on board. 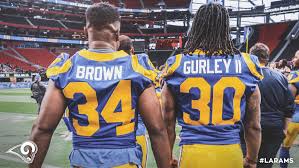 RB Malcolm Brown
Malcolm Brown did the most with his opportunities in the Rams offense this week. Darrell Henderson is still developing and Gurley, dealing with arthritis in his knee, makes Brown susceptible to limited touches and low floor. There are many questions in the backfield, the consistency that Brown will bring is not promising. When he gets the carries we have seen what he can do getting those goal line carries. 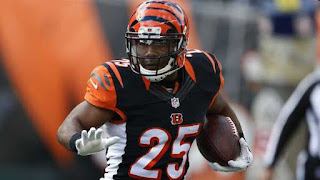 RB Giovani Bernard
Gio finds himself in a spot to be productive due to Mixon being banged up. Mixon, luckily for you guys that have him, did not suffer a broken bone or anything torn and should play next week. Gio slides in as a top level handcuff for a guy who is consistently nursing something. 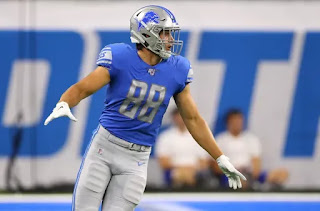 T.J. Hockenson
This man came out and PRODUCED. He broke the record for a TE receiving yards in his debut game. The Lions week has shown that they play on getting Hockenson the ball. Typically TEs come into their career on blocking assignments and getting to know their offense. Not Hockenson, who is a decent blocker out of college, he came out shooting. He lit up the ARI defense, although they are one of the weakest DEF in the league we should see the Lions finding ways to get their rookie going on offense. Pick him up, with floor around #10 TE and top 3 TE if this week has anything to say about that. 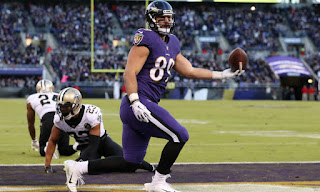 He was climbing up rankings through preseason while we witnessed how Lamar Jackson can use him. His ability to get get open and make catches have launched him into top 10 TE conversation with upside that is unseen at the moment. We look forward to see how this pans out but look for him on your waiver if you can get Hockenson.

Darren Waller was a trendy pickup coming into this one. With AB leaving town there will be more targets to spread out between him and Tyrell Williams. The rest of these guys on the roster wont see huge targets but could start producing a bit more, Hunter Renfrow and Ryan Grant. 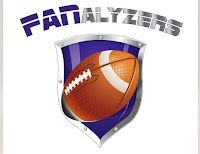 Posted by Fantasy Analyzers at 3:00 PM