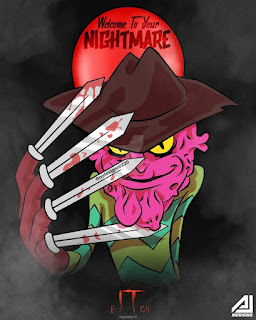 He was featured on our list last week and here he is again with 52% owned in yahoo and 41% in ESPN leagues. This man is a must add, if he is available in your league. 90% or higher snap percentage in the first two weeks, 7 targets first week, 9 in week two, Case loves this guy and you should too! Scoop him up!
23.5 PPR points his first week and backed that performance up with 17.2 points in week 2.

Demarcus exploded for 172 yards on only 6 targets/6 receptions. With Tyreek out we could see more of Robinson. He had the exact same amount of targets as Hardman and did much more with it in this one. This type of production is not sustainable and will be a high upside guy for us going forward albeit a risky one of course.

Mecole Hardman is a guy to pick up, especially if you are holding onto Tyreek while he is recovering from his collarbone injury. As Tyreek is out, Mecole will get a bump in targets. Depending on what he does those targets we can see him earn more even when Tyreek returns. He is an add if you have the room and in deeper leagues strong option.

If Brown is available in your league, stash him. He will continue to be the #1 in BUF ahead of Beasley and company. Josh Allen has leaned on him. Keep an eye on his targets, they should remain steadier than they have in the past. He was spotty to begin his career in ARI and last season with the Ravens. Now that he has a solid QB as well as being the most trusted target for Allen, get him, while you can.

Another wide receiver that receives more work due to injury. Michael Gallup was banged up in this one. He is looking to be out for 2-4 weeks with a meniscus trim surgery. Smith and Cobb will have more work into the next couple weeks, Cobb seeing a bigger load.

Another guy that was featured in our article last week. His targets went from 4 in week 1 to 9 targets in week 2. With Minshew in, it looks these two will connect on a consistent basis, although Chark’s fantasy day was padded with a TD, he is assuredly worth a stash and see. Keep in mind, he showed up on injury report with an ankle issue, does not seem serious. 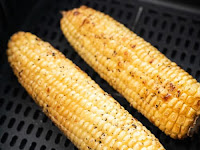 With Gallup looking to be out for two to four weeks to trim his meniscus, we can see a lot more slot targets going Cobb’s way. We have already seen what that’ll look like for a team with Prescott at the helm. Cobb is known to be a strong slot receiver who will be flexible to whatever the Cowboys need as Gallup recovers.

Nelson gets a chance to show what he's got if Alshon and Desean miss time on the Eagles. Wentz will find Nelson on a consistent basis. Agholor has shown he can bear some of the load and potentially lead the team in targets alongside Ertz in the coming weeks.

With Conner nursing his knee this week, Jaylen will once again see an uptick in touches. This would be a speculative add and not someone to lean on until we have further news on Conner.

Another RB that could see action after an injury. Singletary went out with what appears to be hamstring issues. We witnessed Yeldon take full advantage of his opportunities last year when Fournette dealt with the same type of injury. Odd how this is what we are seeing again. Gore would still be the lead back in this backfield but Yeldon can turn in on when called on. 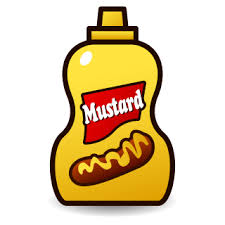 This is the man that is a must-add out of all of these RBs. Mostert will continue to prove his potential to this coaching staff. Mostert is already showing he will produce fantasy points in a split backfield. Breida is consistently beaten up during games and the coaching staff will lean more on Mostert to give Breida rest.

With both Ben Roethlisberger and Brees going down this week there will be a lot of you who need help at QB. If you haven’t had any luck in trade talks we have a few guys who will do. You should as well consider streaming QBs if you’re up to that, shoot us a tweet if you’d like guidance on how to go about it.

With his combined capability of rushing and passing, it gives him a solid week to week value as a fantasy QB. Some weeks could look unappealing although he will hold steady in your QB spot.

The Red Rifle has returned to produce back to back 19 or more fantasy points to open the season. He might not have been someone you’d look to in drafts,  he has shown top 12 QB value. His new weapon, John Ross III and the building of chemistry with Boyd for the past season and then some puts him in a place to bring you a decent floor starting QB.

There are some of you(who own Howard or maybe freaking out about Hockenson and the FAAB you spent on him) that might be looking at waivers, again, in the hope to find some gold. Sorry, most leagues you will not find it at TE in week 2. With Andrews and Waller probably being picked up last week(WE TOLD YOU) all you will find at this point is guys like Vernon Davis, Jack Doyle, Will Dissly, who can blow up one week and then dumpster dive for the next one. If you really have to reach for someone at this point, we hope for you that Greg Olsen or Jimmy Graham is there. Both should hold somewhat steady targets and bring you okay floor low ceiling type weeks.

Posted by Fantasy Analyzers at 1:42 AM