QB MATT RYAN
Ryan and the Falcons should be able to roll over the Cardinals defense. I do not have any doubts in Ryan this week and his weapons are ready to show up. For those of you who drafted him on the high side you might not be too excited about what he has done this season but this week you should celebrate what you got yourself into. 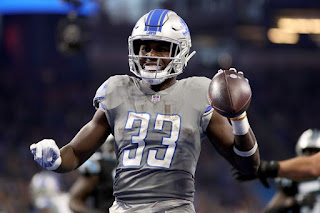 RB KERRYON JOHNSON
Another RB, another matchup against the weak GB run defense. For the Lions to keep pace and
maintain any type of rhythm or control in this game they will need to get Kerryon going early on. I expect him to have solid usage and even a good number of targets out of the backfield.

WR DJ MOORE
Kyle Allen has been a serviceable NFL QB. This week I expect DJ and Samuel to get their targets and even expect DJ to find his way into the endzone. Moore going up against this TB defense it should be feast week for him.
TE JIMMY GRAHAM
Graham continues to prove that he is a starting TE in fantasy. With Adams out again this week, Graham will be the main target in the red zone. I expect him to take advantage of the opportunity once again and give those that have missed out on top TEs with a treat Sunday in Lambeau. 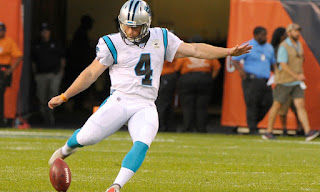 K Joey Slye
If you don’t know about him yet, he is the fantasy kicker to own and definitely to start every week.
DO IT!

DEF BUCCANEERS
Tampa Bay is actually the number 3 DEF on the season! This is the week to pick them up and ride them against Kyle Allen and the Panthers. Allen should be forced the ball to his receivers and that open up opportunities for turnovers for a team that is turnover savvy.

QB JARED GOFF
Goff has been anything but consistent this season. He will continue his struggles this week against a savvy pass defense of the Niners. I do not look forward to being forced to play Goff in any league. He could get you 20 but I’m not betting on it. 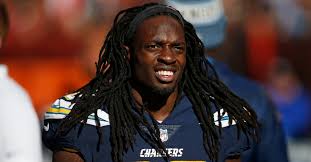 RB MELVIN GORDON
Gordon’s usage is the biggest question around. Ekeler continues to help the Chargers win and that
doesn’t go away since Melvin is back. With this backfield split and the nasty matchup, I am sitting Gordon wherever possible.

WR ROBERT WOODS
Along with Goff, I am sitting Woods. Robert has yet to show that he should start in almost any lineup weekly. This is a matchup that I am staying away, the cost of him in the draft was too much for the hit he took with Kupp coming back this season. It doesn’t feel good, I know, hopefully you have scored on waivers and have someone like Chark or even McLaurin 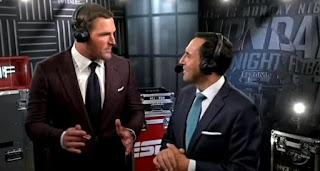 TE JASON WITTEN
Witten, in general is only a fridge streaming option weekly. Stay faaaaar away this week. Find someone on waivers if you don’t have options on your bench. Hopefully, you aren’t stuck playing Witten against the Jets.
K BRANDON MCMANUS
Not much to say, he misses field goals all over the place and he is not even worth a look in fantasy.
DEF LOS ANGELES RAMS
Their struggles will continue this week. There are plenty of options on the wire and you should definitely look there for this one.

Posted by Fantasy Analyzers at 12:28 AM