QB JOSH ALLEN
Allen will prove over and over that he is worth a roster spot on our fantasy lineups. Josh is the leader in Buffalo, and he will continue to RUN this team. If there are any doubts left about the Bills they will surely prove to you the upside of their offense while they take on that college team from Miami, the “Dolphins”
RB TEVIN COLEMAN
If you haven’t heard, he is back. This man has taken control of the San Francisco backfield (I look forward to seeing him and the Niners playing the Packers in Week 12, That’s beside the point). Coleman and the Niners will continue to roll against this measly Redskins defense. They will cruise and this means more opportunity for Tevin out of the backfield. He will see some receptions early on and run it all over Washington. 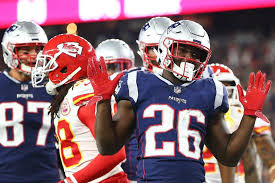 RB SONY MICHEL
How dare I start a NE RB?! What am I doing to myself?! I’m banking on the fact that his last two weeks have given you fringe RB1 numbers. This is SONY MICHEL. He gets the work and gets it done. The Patriots are going into New York to face the Jets and this is another matchup that they can lean more on the running game. Whether Rex plays or not (I highly doubt he does) Sony should see the carries to get you starting numbers and beyond.
WR TAVON AUSTIN
Amari Cooper is looking to not be able to play this week and Tavon will be the main beneficiary. Ole’ reliable, Tavon, will be a security blanket for Dak as the Eagles will look to lock Gallup up. This will open up the field for more targets to Tavon who got 6 last week and I see this number rising in Week 7.
WR AUDEN TATE
With John Ross gone for the season, Tate has filled in well, sliding right into that WR2 spot. Andy Dalton will continue to lean on Tate with an average of 8 targets over the last 4 weeks. Tate should be looked at as a strong PPR option with a decent STD floor as well. It will be a chore for the Jacksonville defense to keep track of both Boyd and Tate, this is great for fantasy prospects. 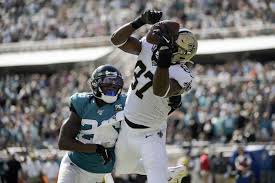 TE JARED COOK **(OUT)**
Cook has finally played his way back into starting consideration. Last season he was a beast and put many people in the position to make playoffs. This season has been a letdown for those that banked on the chemistry between him and Brees. We have come to the time where we can start him and be comfortable with it. As of writing this he has yet to practice but I would bet that he will play this week and get you a red zone target or two. Even going up against this Packers defense, I see Bridgewater find Cook on targets up the middle of the field.
K BRANDON MCMANUS
McManus had his biggest game this season in Week 6. The Broncos should have plenty opportunities against this Chiefs team that’ll demand them take every chance to score. McManus is at least a fill in for bye week guys, DO IT.
DEF TENNESEE TITANS
The Titans have become interception savvy. Having averaged an INT per game thus far. Going up against a quarterback that is known for getting sloppy at times, Philip Rivers. This could be a game where we see Tennessee forcing the issue and making Rivers and Co make mistakes. 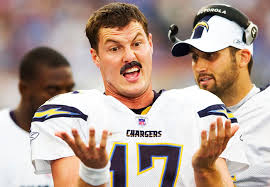 QB PHILIP RIVERS
Going right along with my Defensive start of the week, Rivers should not be started. The Titans are the 9th best against the pass and in Tennessee that will not bode well for his outlook. He has suffered from turnover madness the last two weeks (2 INT EACH game, and a fumble lost last week). Look away from Philip this week.
RB ALVIN KAMARA**(OUT)**
Kamara is suffering from a high ankle injury that could hold him out of this game and even if he plays won’t be a viable option. The risk is that he won’t be able to produce, he would most likely be limited, and that’s not to mention they are going up against the Bears defense. Hopefully, you have planned for this type of predicament.
RB JAMAAL WILLIAMS
Williams was a hot waiver pick up this week after producing well in Week 6. Don’t fall into this trap, we have seen Williams do something like this in Weeks 15-16 last season. That obviously didn’t continue. This is Aaron Jones’ backfield with Williams as a complementary piece. It’s a trap.
WR STEFON DIGGS
Yeah, yeah, I know, “but Matt, he WENT OFF last week.” That doesn’t change his outlook coming into this game against a solid defense in Detriot. Us fantasy players love to play these upside guys and lose because we get so excited. A “breakout” game is not sustainable, and I expect this game to be low scoring leaning more on the run game, again, for the Vikings. Stay away.
WR CALVIN RIDLEY 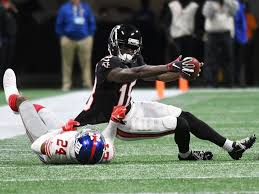 Calvin has suffered from a lack of targets. Like seriously, 4 out 6 weeks with 6 targets or less. It is more than likely Ridley will get 4 receptions or less and be a disappointment this week. The endzone is what we rely on with him and those will be hit or miss for the rest of the season.
TE TJ HOCKENSON
TJ has been here and there…..most there. Not enough targets to make noise since Week 2. Going up against a Vikings defense that will swarm Golladay and Hockenson all day. This game will be played on the ground. Don’t play Hockenson unless desperate.
K WIL LUTZ
If you are in the business of streaming Kickers weekly, here is your chance to fill someone in for Lutz who is facing a defense who doesn’t give a lot of points out to kickers. Chicago, yuck.
DEF BALTIMORE RAVENS
If you drafted the Ravens and have yet to move on, now is the time. This Seattle offense should light them up and there is no upside for this defense playing Russell Wilson who has yet to throw an INT. Find a streaming option, they are available. (Titans, Lions, Seahawks over Ravens.)

by Matt Kuri(@MKuriFF)
Posted by Fantasy Analyzers at 1:10 PM