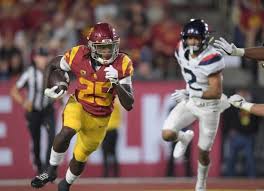 Ronald Jones
Ronald Jones’ usage has risen since the beginning of the season. His carry load by week is 13-4-14-19. Averaging over 5 yards-per-carry in two of these contests. Arians is utilizing the weapon he has in the backfield. The time has come folks, we could see Jones take a majority role over Peyton Barber. If this workload continues Jones has the upside to become a solid RB2.
ADD HIM! You can see this pay off dividends.

Jordan Howard
Howard has been a nobody for fantasy this season until we saw him explode on TNF. This man saw the carry percentage he was expecting once Philly acquired him. The Philly fan base wanted Howard to be used and boy, did they get a treat on Thursday.
I look forward to seeing Howard getting the carries to put up decent numbers each week. We will pay close attention to how Pederson will use his backfield.
Carry load by week through four weeks  6-8-11-15...This WILL be the trend.
HE IS A MUST ADD!

Cole Beasley
Beasley continues to be a strong PPR option and this won't stop with an average of 8.75 targets per game over four weeks. Josh Allen is moving the ball downfield with both John Brown and Cole Beasley.
Cole is worth an add for bench depth and a potential start weekly.

Jaylen Samuels
For the first time that we can remember, Mike Tomlin is using an RBBC. James Conner has struggled to get it going this season and Samuels impressed late last season. It took us until Week 4 to see Tomlin get Samuels more involved. Rudolph continually dumped the ball off to the RB who was on the field. With Mason Rudolph in, this yardage in the passing game for the RBs will continue and Samuels should see a bump in usage even with Conner in there. Samuels only had a total of 5 carries until the Monday Night game where you found himself with 10 carries. The defense they played this week lent a hand to Samuel’s production as the Steelers dominated, so temper your expectations.
Samuels is a great handcuff add. 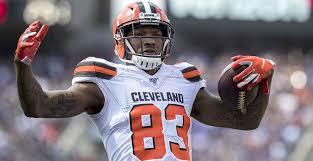 He has claimed the TE role in CLE. There are plenty of fantasy teams right now, especially in 12 man leagues, that are starving for a tight end and Ricky can be your answer. With Njoku there he got a grand total of 0 targets, this changed when Njoku went down. Ricky got 2 targets in Week 3 and 3 targets in Week 4. He took a limited amount of receptions for 82 yards and a TD.
Ricky is only a risky play with this type of usage, but what he did with those receptions should bring more opportunities his way.
He is only in and playable with Njoku out but could be a nice upside grab off waivers.

Corey Davis
Corey has been hindered by his QB play. Mariota has always seemed just short of a total bust. His early career rushing plays is what kept him as on the cusp fantasy starter. Mariota isn’t making much happen on the ground as a franchise QB again tries to pin his game down in the pocket due to the risk of getting hurt in the open field. This game seems to be a one-off and we don’t expect Davis to continue this production. The TD bumped up his numbers as he was only targeted 6 times for 5 receptions and 91 yards. With the limited number of targets and the QB, this is unsustainable.
If you want to speculatively add him, go right ahead, but only if you have room. 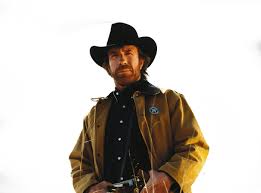 Minshew creeps his way up QB2 rankings. Minshew could make his way closer to starter consideration and is a great guy to go to if you need a stream. For those of you who like to stash a QB on your bench, he is your guy. He has a decent floor but a limited upside as it stands but can be serviceable with an average of 16.35 points per game. He looks better on the field than he does in fantasy but if you’re in need he has become one of the more consistent options.
Minshew is a great QB2 as well as a streaming option as a high floor guy.


Geronimo Allison
Geronimo could become Aaron Rodgers’ #2 guy. He would be a nice option on the other side of the field to Adams’, although we see the majority of these #2 targets going to MVS. This battle doesn’t seem to be over and MVS seems to have the edge as Allison had the TD to bump up his week 4 fantasy numbers.
Allison has only 11 targets this season but if he can produce in the red zone, as well as driving down the field we could see his usage get an uptick. Allison can be a decent pickup and with the new play-callers in Green Bay, we could see them turn to Allison more often.
Allison is a deep WR option with only the upside in his favor. He is a low floor option with potential.

Posted by Fantasy Analyzers at 2:26 PM