"Them Dilemmas Though" by Matt Kuri
This week I will be focusing on your dilemmas. You have sent them in and we will dive right in. Good luck this week! 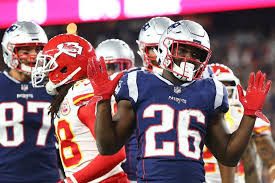 @zenojones
“Marvin Jones, Sony or Tyrell Williams in flex”
Sony offers the highest floor. Patriots have dominated on defense which allows their offense to run more through Sony. His matchup isnt the best and his floor sits at around 7 points in PPR. He will have his questionable usage games but when he gets the ball he offers an upside that is only matched by few. I expect him to get you RB2 numbers surpassing both Tyrell and Marvin.
@Ciarangarnett
“QB – stick with Brady in a tough matchup or stream Carr, Cousins, Jones, Rivers, Darnold??”
Carr is a great stream this week going up against the Lions at home. With weapons such as Waller, Jacobs, and Tyrell, Carr will be able to move the ball and should have a higher scoring game. I expect Carr to dump it off to Jacobs to get easy points with a good chance of one of those going to the house.
@MikeDoh24425884
“Half of the Texans starting defense is ruled out against Jags. Do I start Minshew over Lamar Jackson? If yes, do I start Chris Conley along with him over Tyrell Williams vs Lions?”
First off, I appreciate your research, you are definitely preparing for this week, that gives you an edge in fantasy that not many consider. Lamar should have a down game against this Patriots DEF. Minshew is lined up with one of his better matchups of the year against a hobbled Texans DEF, which puts him in place to have a big game.
I like this move. Conley has held decent starting numbers for the last couple weeks and with this matchup, it should continue. Minshew has targeted him 7 times in each of the last two. If Conley and Minshew hit, it’ll be great for your week. Tyrell is a fridge WR3 and his endzone targets are where he gets paid, whereas Conley on the deep patterns can make things happen. Tyrell is more of a sure thing however the Minshew Conley stack has great potential. 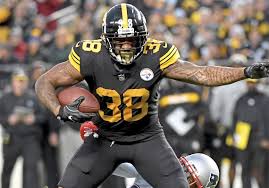 @jerwest78
“Either Mack, Samuels, OBJ, Gallup, one at WR, one at FLEX”
Samuels is in line for a huge workload with Conner doubtful to play. The matchup doesn’t look great for Jaylen though going up against one of the better DEFs against the run. Mack i
s also facing a difficult matchup on the other side of the field. Both teams will try to get it going in the run game to assert game clock control. I lean Samuels as we have seen his upside to be astronomical with the utilization in the run and pass game. The WR spot I would go with OBJ. His floor is still safer than Gallup and his target share is going nowhere. OBJ is due for a GAME and this one could be it.

@Jerel_27
“Jacoby Brissett, Derek Carr, Jamison Crowder, AJ Brown, Diontae Johnson” One QB, One WR
Derek Carr. The matchup is great, his weapons are healthy and ready to go. I expect this game to be full of dump-offs to Jacobs as I mentioned in the second question. Jamison Crowder and Darnold
@CANBYKID
“Mike Williams or Sterling Shepard?”
“Adrian Peterson or Royce Freeman?”
Mike Williams has yet to get it going for those that drafted him on the higher side of the draft. He continues with a decent output and leading in yardage in last week’s game. Without the upside of the RedZone targets he enjoyed last season, he is a middling option. Sterling once Jones took the helmed looked like he could slide into the WR1 discussion. I expect him to get back to it this week. He compiled 9 targets per game until he was taken out for a concussion. This is the target range I expect, he will live on yardage and hopefully get into the endzone. 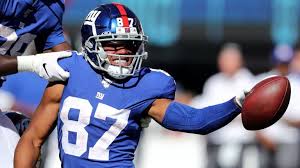 @quad_9s
“Sterling Shepard or Diontae Johnson in the flex?”
Sterling is considered a high end WR3 in this one. Diontae Johnson had the privilege of facing the Dolphins last week and did well for those that started him. This week he will not have that luxury and his floor will be the more likely outcome against the Colts.
@sapapas1
“Full PPR. Need a Flex
Alshon or Hyde?”
Both of these options are facing a defensive matchup to be avoided. Jeffery offers a boom-bust style option while Hyde has the usage that could give him a more reliable game. If I were to look at this dilemma in my own team, I would go with Jeffery strictly for endzone possibilities.

Posted by Fantasy Analyzers at 2:42 PM